Nielsen: Romania, 5th out of 32 European states for increased trust in economy 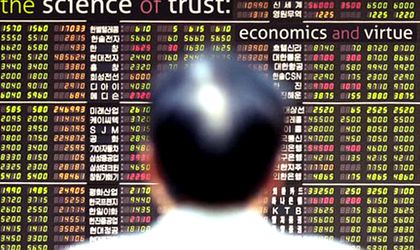 Romania recorded in Q1 2014v the fifth big highest increase of the population’s trust in economy out of 32 European states, according to a survey from Nielsen.

In the latest round of the survey, conducted Feb. 17–March 7, 2014, consumer confidence increased in 60 percent of markets measured by Nielsen—up from 43 percent the previous quarter (Q4 2013).

The indicator regarding the population’s trust in the economy, calculated by Nielsen for Q1 increased in Romania by 5 points, at 67 points, against the last quarter of the previous year.