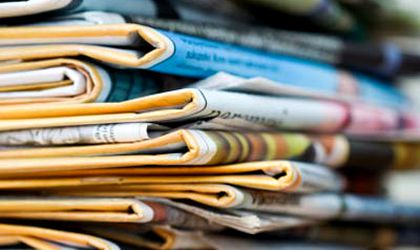 During the second quarter of 2015 printed and distributed editions of newspapers have dropped 3 percent quarter on quarter, while sold editions saw a larger 14 percent decrease, according to data from the Romanian Transmedia Audit Bureau (BRAT).

The other printed newspapers of national coverage had negative levels both in terms of print and distribution, with Gazeta Sporturilor reporting the largest drop (-10 and -8 percent, respectively) and Ziarul Financiar closing the range with a 1 percent drop on print and stagnation in distribution.

Local daily newspapers took an even harder blow, with drops ranging between 11 and 3 percent. Among them, Ring was the only publication that managed to keep away from the negative, keeping at the same levels in Q2 as the ones in Q1 2015.