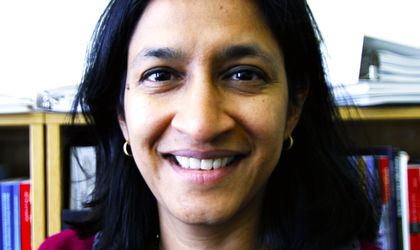 The World Bank has appointed Mamta Murthi as country director for Central Europe and the Baltic Countries, starting this February. In her role, Murthi will coordinate the bank’s activities in Bulgaria, Croatia, Poland, Romania, Czech Republic, Estonia, Hungary, Latvia, Lithuania, the Slovak Republic and Slovenia. Before taking on the role of country director, Murthi worked as adviser in the office of the managing director of the World Bank. She joined the World Bank in 1995 as a Young Professional, and has since worked in many different capacities. Between 1995 and 1998 she worked as an economist on Kazakhstan, leading analytical and policy work on poverty reduction, social assistance reform, labor market policy, and pensions.

Between 2000 and 2003, she held the position of Senior Economist, working on Serbia, Montenegro, and Bulgaria, covering issues related to poverty measurement and data, social assistance, and pensions, including early parametric reforms to the pensions system in Serbia to help stabilize public finances.

Between 2003 and 2005, as lead economist in the ECA region’s Office of the Chief Economist, she helped improve the strategic thrust of World Bank country partnership strategies and budget support operations in the region, and oversaw a large analytical work program of cross-country studies on economic growth, inequality, jobs, and aging. This was followed by a stint as Deputy Director of the World Development Report 2007 on youth policy. Between 2006 and 2010, Murthi was Sector Manager for Education in the ECA region, covering Eastern Europe, the Former Soviet Union, and Turkey. In this role she helped broker the exchange of knowledge among countries to improve delivery of public services.

Prior to joining the World Bank, Murthi was a Lecturer in Economics at the University of Sussex, U.K., and Research Associate at STICERD at the London School of Economics. Between 1998 and 2000, she was a MacArthur Fellow on Poverty and Inequality at King’s College, Cambridge. She has written widely on issues of poverty, demography, education, pensions, and skills, and is well-known for her econometric studies on fertility and the position of women in India.

An Indian national, Ms. Murthi holds a D.Phil. in Economics, from Balliol College, Oxford, and a Bachelor’s in Economics from St. Stephen’s College, Delhi.