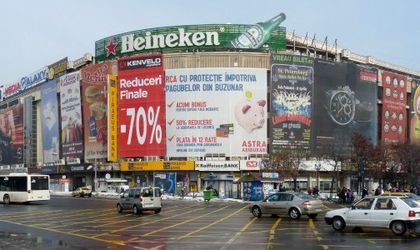 Unirea Shopping Center in Bucharest will be connected to the Unirea metro center through an underpass set to be finished within five months, according to an announcement by Metrorex, the operator of the Bucharest metro, quoted by Mediafax.

Access to the Piata Unirii 2 subway station will be partially closed starting January 21. The plans to announce the works were first announced in 2012, when the retailer also announced it wanted to expand the entertainment area and attract new brands.

The other shopping center in Bucharest that is connected through an underpass to the subway station is Sun Plaza in Berceni neighborhood.

Unirea Shopping Center is controlled by The Nova Group Investments Romania, with 74.16 percent at the end of June 2014, SIF Muntenia with 10 percent, while other shareholders own 15.8 percent of the capital.