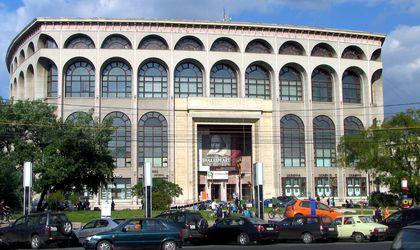 The “Bucharest’s heritage 2008-2012” report was released by the Romanian Heritage Protection and Documentation Association – Pro.Do.Mo. The report gives a snapshot of Bucharest’s historical buildings, blaming the local authorities for the lack of development strategies, the poor communication between institutions and experts or community and authorities, the conflict of interests and last but not least, the corruption.

On the Ministry of Culture heritage list, there are 2621 buildings and 98 protected areas in Bucharest, representing 14.4 percent (2853 ha) of the capital’s surface. On this list, the Pro.Do.Mo. association maps out three historical eras: Bucharest-the garden, picturesque and patriarchal, the “Westernization” of Bucharest – known as Little Paris, modeled after French architecture and the interwar Bucharest, developed in a modern style.

Although some of the buildings were demolished without approvals or just left in ruin, the civil society wants to conserve the heritage still standing. They proposed some measures: fiscal incentives and special taxes to stimulate the conservation of the heritage, penalizing the abandon and the destruction, the opening of a Heritage Office within city hall, financial and technical support for the rehabilitation of historical buildings, the set up of a Commission for Historical Bucharest using the Comission du Vieux Paris model, with the specific role to protect the historical identity and cultural, analyzing every project in order to fundament the opportunity notice for the city hall, an information program for the inhabitants of protected areas.

The civil society has the total support of the Order of Architects of Romania (OAR).

The report can be read entirely here, available in Romanian only.