New law: Foreigners will need permit to be hired or transferred to Romania 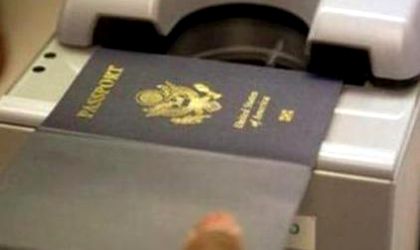 Foreigners will be able to find jobs or be transferred to Romania based on a permit, which the employer will need to obtain from the Romanian Immigration Office, according to a law project created through the collaboration of the Internal and Foreign Affairs Ministers, writes Mediafax.

The law pertaining to the employment and transfer of foreigners has already been approved by the Labour Ministry, the Justice Ministry and the Romanian Service Of Information.

The permit will not be necessary for foreigners with free access on Romania’s labor market, established through treaties with other countries. Certain work fields are also except from the measure such as education, science, arts and culture, public work or administration for the state. Also exempt are foreigners that are named in charge of local branches.

Foreigners that came to study in Romania will be able to be employed without a permit but only for part-time jobs.

The labor permit is obtained at the request of the employer under the following conditions:
– the employer is actively engaged in the activity for which the foreigner will be hired;
– is on schedule with his fiscal payments;
– hasn’t been convicted of any crimes, especially for hiring people from other countries illegally;
– has a maximum of 5 people on the pay-roll without work contracts
– has sent the registry with all the contractual elements to the authorities a day before the employee starts work.

Before hiring a foreigner for a full-time job, the employer must be dilligent in finding a Romanian candidate to fill the position, or a citizen of a European state. The permit for full-time permanent employees is given without these conditions if the position applies to business administrators, if the employer doesn’t have another foreigner doing the same job or if the position is meant for professional athletes and the employing company is active in the field of sports.

For full-time employment of foreigners from countries bordering Romania there is a different kind of permit that will be required for “border enployees”.

For transferring employees to Romania, the employer’s representative in Romania must obtain a permit emitted under similar conditions.