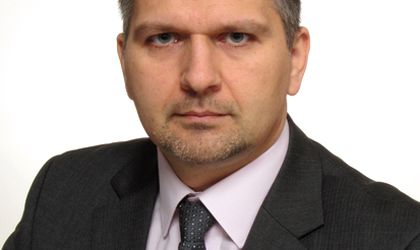 The new leasing standard sent out by the International Accounting Standards Board (IASB) last week will be implemented from 2019 and says that all assets subject to a leasing contract are to be registered in the lessee’s balance sheet, according to a press release from EY Romania. “This will impact most those entities with major ongoing leasing contracts, for real estate assets, heavy duty machinery or vehicles”, says EY Romania.

In regards to the IASB’s provisions from 2010 and 2013, which the new standard will replace, “many IASB members proved worried by the complexity and costs of implementing said proposals”, according to EY Romania. IASB answered some of those concerns with the new standard, “but, given that most leasing contracts will be registered in the balance sheet under the new standard, those who own such contracts will have to make a more in-depth analysis to establish whether those contracts are leasing ones or not. For those contracts including significant services, this analysis could be a challenge”, says Adrian Bunea, FAAS leader and EY Romania executive director.

The exceptions that will be allowed for under the new standard are related to short-term leasing contracts and leasing for low value assets. “It is important to note, however, that for those who rent through a leasing contract (lessors), accounting for such transactions remains a largely unchanged process”, according to the EY press release.

The new standard is the result of a collaboration between IASB and the Financial Accounting Standards Board (FASB), with the latter set to make public their new standard on the topic too, “and yet, the two standards do not converge and there is a series of differences between them”, says EY. Regarding the effects of the two separate IASB and FASB standards, “they will bring more leasing assets in the balance sheets of companies. Nevertheless, the differences between the two will probably reduce the comparability between IFRS and US GAAP, in terms of leasing, as a change from the current situation”, adds Bunea.

Until the new IASB standard comes into force in 2019, “preparing the transition will require significant resources” from the entities affected, says Bunea. “Given that most of the assets purchased through leasing will be registered in the balance sheets of lessees, the most important indices will suffer changes, such as the degree of indebtedness”, explains the EY Romania director.