New cut in termination tariffs due next year 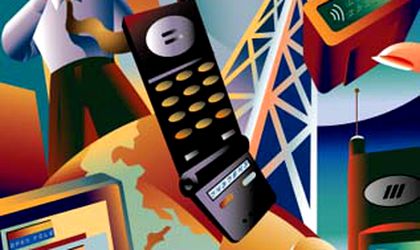 Romanian telecom watchdog ANCOM has put up for public consultation the prospect of lower tariffs for termination rates.

If adopted, these maximum termination rates would have to be implemented by the 51 providers of fixed telephony and six providers of mobile telephony services.

“Interconnection rates remain the key to competition in the telecom sector. On the termination market, each operator has a natural monopoly and this is why we must regulate these rates. Market data prove that the rates set by ANCOM over the past 10 years have stimulated competition, innovation and investments on the Romanian communications market. Under the pressure of competition, average tariffs for calls have dropped seven times, while consumption has increased exponentially,” said Catalin Marinescu, president of ANCOM. Romanian consumers currently pay 1.9 eurocents per minute, one of the lowest rates in the European Union.

The drop in termination rates and the impact this will have on telecom operators’ businesses and investments is a cause for concern for mobile companies.

During the Business Review event Focus on Telecom which took place in October 2012, chief representatives of Orange Romania and Cosmote Romania appealed to the authorities to take into consideration, when setting the termination rates, that operators would need to make large investments in the deployment of 4G and the coverage of underserved areas, under the acquired telecom licenses. “These tariffs are a significant part of our revenues. ANCOM is currently working on setting the new rates. These rates will really impact us a lot. Give us the room to make the investments in LTE. If these termination rates go very low, we will be very constrained,” said Jean-Francois Fallacher, CEO of Orange Romania.

In an official statement last week, RCS&RDS welcomed ANCOM’s proposal, saying, “Only through termination rates based on costs will we have the premises for proper and fair competition between mobile operators, which will directly benefit the end user, individuals and businesses.”

RCS&RDS estimates that the impact on consumers of the drop in termination rates in mobile networks will bring cost reductions of EUR 150 million, “which we believe should be reflected in the sums paid by end users. This will lead to a drop in their bills, but also encourage consumption,” said the company.