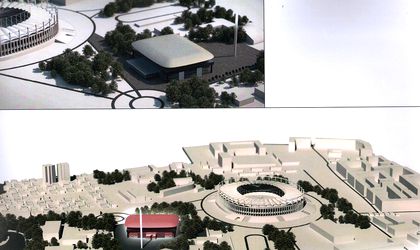 The City Mayor, Sorin Oprescu and the PM, Victor Ponta, signed the agreement for the development of the newest sports center project, the Multifunctional Arena Bucharest. According to the official press release, the building will be used for competitions and national and international championships, for different sports discipline as well as performances and concerts.

The sports center will have 12.000 seats, of which 2000 are mobile seats and 400 VIP seats, while the entire building will be situated on almost 43.048 sqm. The estimated value of the investment is EUR 60 million, and it will be given in use at the end of 2015. The building will be constructed near National Arena.