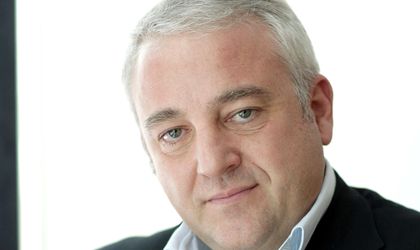 Panos Makris is the new executive commercial director of Romtelecom and Cosmote in Romania, effective December 1, 2012. He will be coordinating the commercial activities of the two companies.

Makris served as chief commercial officer of Cosmote Romania, being in charge with the operations of Cosmote, Germanos, Sunlight and Zapp.

“I trust Panos will contribute to increasing our operational agility and our capacity to obtain commercial synergies and results to the benefit of the shareholders and clients of the company,” said Stefanos Theocharopoulos, general manager of Romtelecom and  Cosmote Romania.

Mihai Tudor, 52, former CEO of IBM for the South-Eastern European region, was appointed executive commercial director for the business segment in Romtelecom Romania.

He is replacing George Makowski, who left the company in August.

He will be in charge with strategic account sales, corporate sales, GBM sales and business commercial operations. This includes product management, marketing, call-center and system integration.

Tudor has 25 years of experience in the local and international IT&C industry. He spent 17 years with IBM on local Romanian and international positions, working as general manager of IBM South East Europe between January 2011 and April 2012.

Prior to that, he worked as country general manager of IBM Romania, between July 2006 and January 2011.

Between 2002 and 2006, Tudor was hardware BU manager of IBM Central and Eastern Europe, Middle East and Africa, based in Vienna, Austria.

Tudor has a certificate of business management from Swinburne University of Technology, Melbourne Australia and an MBA at Open University Business School, Milton Keynes UK.