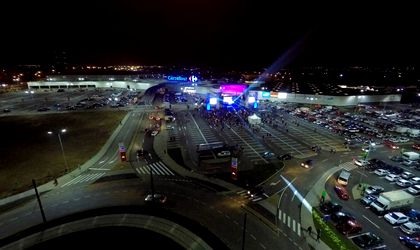 Timisoara’s retail scene is undergoing important developments with four projects presently being developed or announced. This could almost triple the existing stock of 90,000 sqm, should all projects be completed. In addition to NEPI’s 70,000 sqm shopping center, local businessman and real estate developer Iulian Dascalu announced last September that he will invest EUR 220 million in transforming the only existing mall in the city, Iulius Mall Timisoara, into a multifunctional complex that will also feature office space and a hotel.

Additionally, Alpha Group Investments and TBE Business Solution, controlled by Ali Ergun Ergen, have announced a EUR 90 million retail and office project. Prior to that, Plaza Centers said it had secured the necessary financing for the construction of a 40,000 sqm shopping center in the city.

NEPI is one of the largest local real estate players, owning 11 local shopping malls and 9 value centers. In addition to shopping centers in Bucharest and outside the capital it owns several office projects such as Floreasca Business Park and The Lakeview in Bucharest and City Business Centre in Timisoara. Overall the company owns some 59 properties most of which are located in Romania, but also in Slovakia and Serbia.