NEPI could buy the Promenada mall in Bucharest 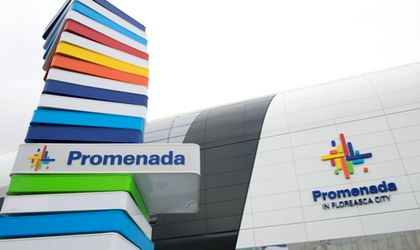 New Europe Property Investments (NEPI) has started a due diligence process for the acquisition of Raiffeisen Evolution’s Promenada mall in Bucharest, according to market sources cited by Mediafax.

“We are indeed in a due diligence process for acquiring Promenada. We find ourselves among the investors interested in this project, but NEPI has sufficient resources to buy Promenada. We hope to finalize the takeover as soon as possible, but it is not just up to us, it is also up to the seller”, according to Marting Slabbert, NEPI executive director.

The 35,000-sqm Promenada shopping mall in northern Bucharest opened last October, a year and a half after construction kicked off. Real estate developer Raiffeisen Evolution invested more than EUR 130 million in the project, according to its own data, and said from the early beginning that plans to sell the project are in place.

“We are a developer so yes, we are looking to sell, just as we have sold our other projects,” said Markus Neurauter, managing director of Raiffeisen Evolution during the opening event.

NEPI is one of the largest real estate investors in Romania. It opened in early September the EUR 47 million Vulcan Value Centre shopping park in Bucharest which has increased its commercial space portfolio to approximately 330,000 sqm (GLA). In Romania, it manages eight other shopping centers and owns several office schemes. On October 16 the fund will open a new shopping center – Shopping City Targu Jiu and it is also investing in the 70,000 sqm Mega Mall in Bucharest.