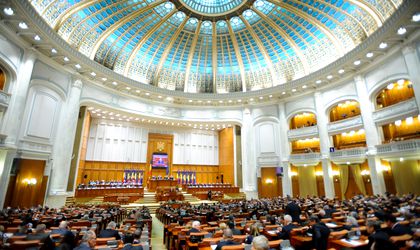 Romanian MPs last week voted to give themselves a month-long break from debating bills in Parliament and will instead work in their constituencies to prepare for the European Parliament elections on May 25. By-elections will be held in some wards on the same day to fill vacant positions in the Chamber of Deputies.

The Liberal Party (PNL) voted against the break, while the right-wing PDL abstained.

“We are talking about European elections, not national ones. As a result there is no justification for MPs in Romania’s Parliament to go on the campaign trail. This is not happening in any other of the 27 states of the EU. It is a peculiar if not stupid reason,” said political analyst Cristian Parvulescu, quoted by radio station RFI Romania.

Parvulescu suggested the move could further tarnish the image of Parliament, which is already the least popular institution with Romanians.

Crin Antonescu, PNL president, said Parliament’s decision did not have any justification and was unprecedented. Antonescu, who will run for president in November, noted that MPs took two weeks off in 2012 to work on the parliamentary elections, which was their longest vacation.

According to Valeriu Zgonea, president of the Chamber of Deputies, MPs were last week set to debate 200 bills that have rejection reports but needed a final vote.

“Romania needs this battle, and it also needs the legal process. As party members, we MPs are obliged to work on campaigns for our political parties, while we are obliged to go to our constituencies each week but also come to Parliament to pass bills. This is why I need to find the (e.n. right) mix,” said Zgonea last week, quoted by Mediafax newswire.

Zgonea defended MPs, claiming they were not using the EU Parliament campaign to avoid work and had already passed 39 of the 84 draft bills submitted by the government during this parliamentary session.