More than half of Romanians read a print publication, according to BRAT 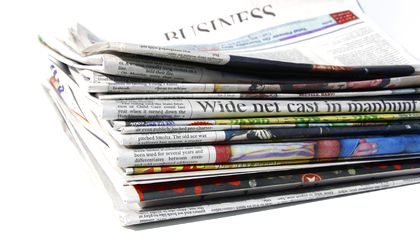 The latest data from the Romanian Transmedia Audit Bureau (BRAT) concerning the audience for print and online media shows that 7.3 million people are currently reading at least one print publication.

Results said 58 percent of the Romanian population aged between 14 and 74 read print, 69 percent of them being from the urban area and 31 percent from the rural zone. While women prefer magazines, men read to a greater extent local daily press and publications, the trend being more prominent in rural areas. Print media reaches over 35 percent of the rural population, while in urban areas this percentage rises to over 60 percent.

The results published today, comprising web sites audiences for the first time, confirm that online media consumption in rural areas is similar to the urban environment, but at a level of penetration of less than half of that of urban areas.

In terms of financial resources allotted for the purchase of newspapers and magazines, the study shows that rural population spends less than in urban inhabitants. 54 percent of rural people surveyed said they have not bought any publication for the past month, unlike 32 percent of people in urban areas. However, seven percent of the rural population has at least one subscription to a newspaper and four percent a magazine subscription, the share reducing to half in urban areas.

The National Audience Study (SNA) is designed for Romanian residents aged 14 to 74 years. It is conducted on a sample of 16,646 people, with a +/- 0.76 percent error margin. The research was conducted between November 2013  and May 2015, in partnership with three research companies: GfK Romania, CCSAS and Metro Media Transilvania.