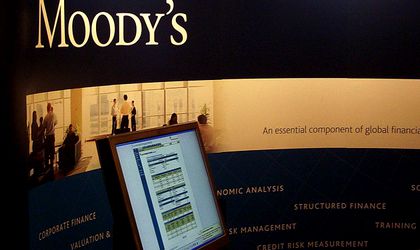 Moody’s has changed the outlook on Romania’s Baa3 government ratings from stable to positive. The agency has also affirmed Romania’s Baa3/P-3 ratings.

The rating upgrade was triggered by Romania’s “significant progress in correcting its macroeconomic imbalances, reducing the economy’s vulnerability to external shocks and paving the way for robust economic growth”. Recent fiscal adjustments also played an important part by leading to a “significant reduction” of the government’s fiscal deficit and contributing to a stabilization of the government’s debt-to-GDP ratio.

“That said, Moody’s decision to affirm Romania’s Baa3 government rating balances those credit-positive drivers against challenges including the potential risk that fiscal easing – as envisaged by Romania’s new Fiscal Code – could lead to a deterioration of the government’s fiscal outlook and could affect the economy’s price competitiveness, should wages grow persistently faster than labour productivity,” reads Moody’s announcement..

Overall, Moody’s forecasts Romania’s economic recovery to gain further momentum in 2016, “thanks to a robust expansion of private consumption and investment as well as solid public consumption growth, which will allow real GDP growth to accelerate to 4.1 percent in 2016, from 3.5 percent in 2015”.