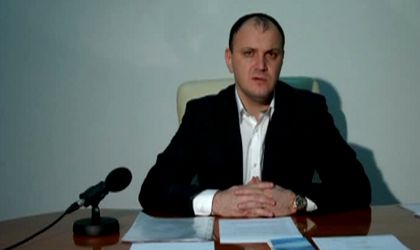 The former Romanian MP, controversial businessman Sebastian Ghita, has appeared in a recorded video that was broadcasted by Romania TV, the news station he founded.

Ghita, who is missing since December 21, claimed that the anti-graft prosecutors indirectly pressured him to denounce the head of the left-wing party PSD, Liviu Dragnea, so as to prevent his attempt to become PM.

In the recording with a lenght of over 15 minutes, Ghita claims that he attended parties together with the head of the anti-graft department DNA, Laura Codruta Kovesi. He added that Kovesi had several meetings with the head of the operations of the domestic intelligence service SRI, Florian Coldea, and with a representative of the CIA – the American foreign intelligence service – in Romania between 2010 and 2014.

“The DNA is an instrument used by the big ones and by the foreign interests,” said Ghita in the recording, adding that if this video has appeared, it means that “things are not good at all.”

According to media reports, Ghita has recorded several tapes before his dissapearance.

Romania TV station said that it received the recording from Ghita last week.

Ghita has been prosecuted by the DNA in several cases and is currently tried for several counts of corruption.

The businessman was supposed to meet with the cops today, as part of the judicial review requirements, but he didn’t appear.

Meanwhile, the Minister of Interior finished its own internal investigation and concluded that no mistakes were made in the case of Ghita.

The media reported that Ghita was under the supervision of authorities and that special investigators were on his tail when he went missing.

Earlier this week, judges at Romania’s High Court rejected a request of the DNA regarding the preventive arrest of Ghita, but ruled out that he is barred from leaving the country.