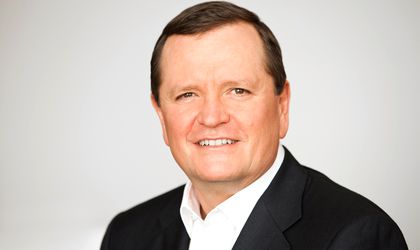 Telekom Romania has announced in a press release that Slovak Miroslav Majoroš has been appointed CEO of the group, effective January 1, 2016.

Majoros, currently the chief executive officer of Slovak Telekom (CEO ST), will take over the leadership of Romanian operations, replacing Nikolai Beckers who will pursue new challenges outside Telekom.

Having a technical education, Majoroš, 56, held management positions in Slovak Television, IBM Slovakia and, over the last 13 years, in Telekom.

Since 2010, he acted Chairman of the Board of Directors and CEO of Slovak Telekom.

With Telekom Romania, his future strategic ventures focus on expanding FTTH and 3G/4G networks and progress towards operations legal merger.

However, Majoros will still remain chairman of the board of directors at Slovak Telekom.

“I welcome Mr. Majoroš onboard our very important Romanian operations, bringing valuable expertise from a similarly challenging market. I wish him every success in his challenging new mandate driving Telekom Romania towards the leading position, to the benefit of our customers, employees and shareholders,” said Michael Tsamaz, OTE Group chairman and CEO and chairman of Telekom Romania Communications board of directors.

Miroslav Majoroš completed his university education at the Faculty of Electronics and Informatics at the Slovak University of Technology in Bratislava. He also completed management education programs at the Harvard Business School and Stanford Graduate School of Business.

From 1994 to 2002, he worked at IBM Slovakia, reaching the general manager position, while  over the last 2 years held this position also for IBM Czech Republic and Slovakia.

He has acted as company president/CEO and member of the board of directors of Slovak Telekom since 2003.

In 2005, he was elected chairman of the board of directors of Slovak Telekom.

He has held the position of chairman of the board of directors and chief executive officer of Slovak Telekom since 1 July 2010.

Vodafone Romania Aiming to Capture the Full Potential of Convergence