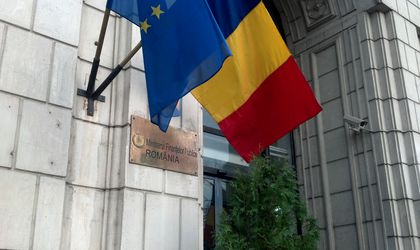 The Romanian Ministry of Public Finances will hire a specialist to implement the system of card payments for taxes, with the financing for modernizing the Treasury’s infrastructure coming from European funds and remaining to be signed in December, according to Mediafax newswire.

At a conference organized for the 20th anniversary of cards being used on the Romanian market, Valentin Mavrodin, the head of the General Agency for Treasury and Public Accounting within the Ministry of Public Finances, said that the ministry will start the implementation of the card payments project in January and intents on finalizing it until the end of 2016, reports Mediafax.

In order to hire the specialist, the Ministry took advantage of the fact that when it comes to projects financed with European funds, a qualified person can be hired for a determined time period to support the implementation of certain projects, said Mavrodin.

The initiative will involve an online platform ghiseul.ro, which will be part of the project for the development of the Treasury’s infrastructure, financed through European funds, reports Mediafax. “It will have three major components: the first will be regarding a centralized data base, the second will be internet banking for public institutions and economic actors that we work with, and the third component has to do with card payments”, stated Mavrodin.

As far as the centralization of data is concerned, Mavrodin said that a project “in which we created an infrastructure for electronic communication with all public Romanian institutions” will also start being implemented in January. At the moment, of the 13,700 public institutions that exist in Romania, 7,500 are connected to the system, according to Mediafax.