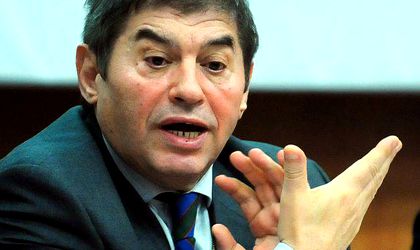 Former president of the Romanian Chamber of Commerce, Mihail Vlasov, was indicted on Wednesday for trading in influence after being caught red handed accepting a bribe of EUR 250,000 from Ghera Iosif Petrczki.

DNA porosecutors initiated the indictment, while Vlasov is still in arrest. According to the prosecutors, on march 13, Vlasov, in his capacity of president of the CCIR and arbiter in the International Court of Commercial Arbitrage, pretended the sum of EUR 1,000,000 from an informing witness. EUR 200,000 were delivered on March 18.

In exchange for this money, Vlasov promised that he will use his influence on the arbiters in the Court to resolve a file that involved the denouncing witness in a manner that would be favorable to him.

Mihail Vlasov was apprehended on March 18, holding EUR 200,000 on his person. Starting with March 19, Vlasov has been under arrest.