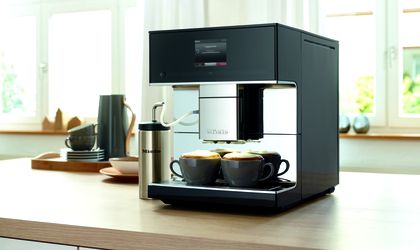 Miele, global premium appliance producer, saw a 64 percent annual hike in sales on the Romanian market in 2015, according to its financial statement, the largest increase ever registered by the company locally.

Last year brought Miele a turnover of RON 15.6 million (EUR), following an expansion of its distribution network across Romania, the opening of two exclusive stores and a series of partnerships.

The company opened two new stores in Sibiu and Targu Mures, taking the total to four, and moved its showroom in Bucharest from Otopeni to the Press Square.

It also partnered with eMAG in opening an online showroom on the retailer’s Marketplace platform. Other partnerships include Altex and Flanco. Thus, at the end of the year, Miele had a network of 30 partners and 70 stores selling it products, either exclusively or independently.

Active in Romania since 2007, the company is present across 47 countries through its own branches and in 50 countries through distributors and importers. Currently employing 17,660, Miele posted a EUR 3.22 billion turnover at group level in the financial year 2013/2014.