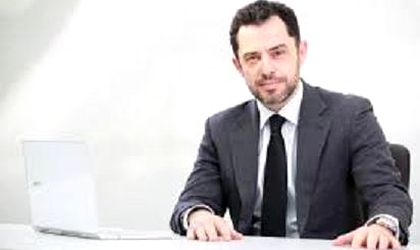 Kostas Loukas, general manager of Microsoft Romania published on the Microsoft website a letter which ensures the company’s customers and partners of full transparency, in the context of the ongoing investigations centered on the attribution of Microsoft licenses that involve high-ranking Romanian officials.

“Given the investigation of the National Anti-corruption Direction (DNA) on a series of contract in the public sector, including licensing agreements for Microsoft products and services, we wish to assure you that Microsoft has always been and continues to be a company determined to respect the highest ethical and legal standards. We have analyzed in full responsibility the aspects under investigation, ensuring our full cooperation in the DNA investigation. Given this is an ongoing legal investigation, the company has limited on purpose the public statements on this subject. The DNA releases contain numerous serious accusations but it is essential to note that none of the DNA press releases indicate any illegal activity from Microsoft. At the same time, we would like to use this opportunity to reassure you that we are committed to operate at the highest ethical and legal standards, consolidate our business practices and make them more transparent,” according to the company’s letter.

“We are developing our commercial activities here in Romania through an ecosystem of 3,000 commercial companies registered in the Microsoft Partner Network, from startups and software developers to added value resellers and system integrators. This business model yields proven economic benefits, through the amplification effect it has on the local economy and the significant number of IT jobs related to Microsoft and our partners.”

Microsoft also published on the same page details on the ethics and conformity programs for its employees and partners.

The DNA started this July an investigation in rem for influence peddling related to corruption practices, bribery, abuse in office, regarding the licenses investigations. At that time, Sorin Eftene, the former interim general manager of Microsoft Romania, was called in to testify in the case.

The prosecutors said that some of the former ministers have supported the closing of a licensing contract in 2004, in “onerous conditions for the state budget” that ensured the possibility of embezzling a 47 percent discount granted by Microsoft to the government, which allowed the payment of commissions to the involved persons, according to news portal Hotnews.ro

The DNA added it had clues that the ministers asked for money to favor Fujitsu Siemens Computers in operating the contract, at a price that was overestimated by 40 percent.

The investigation showed that out of the USD 54 million that was paid by the government under the licensing contract and its extension, commissions to be paid to public officials amounted to USD 20 millions.

In addition, the closing and operation of leasing contracts for Microsoft Enterprise Agreement Subscription licenses with the D-CON.NET consortium was made in violation of the public acquisitions law by former ministers Daniel Funeriu and Valerian Vreme. Prosecutors said this was done to favor certain companies.