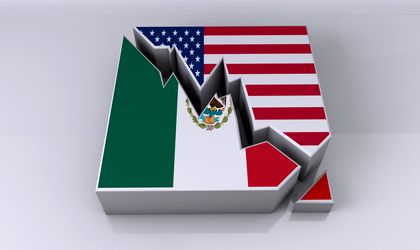 Mexico retaliates to US tariffs on steel and aluminum by introducing tariffs on American products ranging from steel to pork and bourbon on Tuesday, according to Reuters.

American pork producers, for whom Mexico is the largest export market, were dismayed by the move.

At the end of last week, Donald Trump removed an exemption to tariffs on imported steel and aluminum that his administration had granted to Mexico, Canada and the European Union.

In response, the European Commission will launch a case at the World Trade Organization against the new import tariffs imposed by US on EU steel and aluminum.