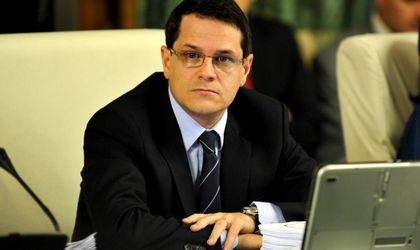 Romanian Liberal MEP Eduard Hellvig was nominated on Thursday by president Klaus Iohannis as director of the Romanian Intelligence Service (SRI), following the resignation of the former SRI head George Maior on January 27.

“Secret services were left lately without directors — both SRI and SIE (the Foreign Intelligence Service), for different reasons. Over the past weeks, due to some evolutions in the political life and in the public environment, SRI has been under public scrutiny many times. I have considered that during the current period SRI needs a complete team to bring the necessary calm there. Therefore, I have decided to make a nomination for the SRI director position. Tonight, I have signed the letter to the chairpersons of the two chambers of the Parliament, and I have nominated Mr. Eduard Raul Hellvig as director of the Romanian Intelligence Service,” said Iohannis, according to Agerpres.

He added that he considers Hellvig a well-prepared person for this position, having the necessary energy, knowing the political actors, possessing proper knowledge about SRI’s activity and being able to bring the necessary calm.

President Iohannis concluded that the Parliament will probably debate the nomination next week.

On his recent nomination, Eduard Hellvig commented that he was honored by the confidence the Romanian president showed him. In a post on a social network, Hellvig said that national interest means in the current stage of the Romanian democracy, and in compliance with the citizens’ will, strengthening the rule of law.

Prime Minister Victor Ponta, the head of the Social Democrat Party, said his party will discuss in their parliamentary groups the nomination of Eduard Hellvig as director of SRI.

Ponta also said that he has nothing against Eduard Hellvig and that his nomination as head of SRI is a good decision “as person” but that PSD would have preferred someone who is not involved in politics.