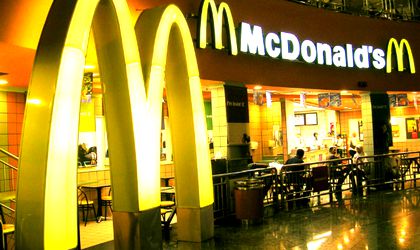 McDonald’s Romania, the largest local restaurant chain according to its data, is preparing to invest over RON 13 million (approximately EUR 3 million)  into the opening of McCafes, Daniel Boaje, general director of the company informed Mediafax Press Agency.

“This year our priority is not the opening of restaurants, but the development of the McCafe concept. We have 14 at the moment but we plan to have 20 until the end of the year. The level of investment is comparable to last year’s – over RON 13 million from company funds – into McDonald’s Romania’s projects. Many McCafes have been opened in Bucharest and we plan to take a significant step outside Bucharest. We have one in Ploiesti, we are trying to open a second one in Craiova, Timisoara, and probably another three in Bucharest”, said the director.

In 2015 the number of visits to McDonald’s restaurants increased by 7percent, to over 4.5 million customers monthly. At present the company has 67 restaurants in 21 cities. The franchise in Romania is owned by a Russian entrepreneur who owns businesses of almost EUR 100 million.

At the same time, McDonald’s has lowered the price of their main products by 12 percent, after eliminating VAT costs.

“McDonald’s Romania considers this VAT reduction as a very good method of encouraging consumption. McDonald’s has transferred very much of this reduction into the prices offered and we keep investing in people also. That means McDonald’s has reduced the prices significantly in Romania”, Boaje told Mediafax.

McDonald’s is celebrating its 20 years anniversary since opening the first restaurant in Romania. The company has invested RON 700 million during the 20 years and has over 4,000 employees. Over 150,000 customers visit their restaurants daily.