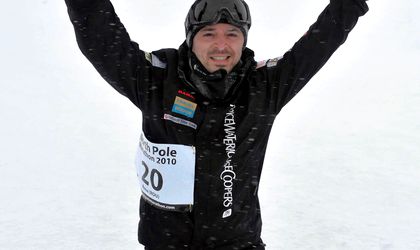 Andrei Rosu, the Romanian who entered the Guinness Book of World Records after running 7 marathons and 7 ultra-marathons on 7 continents, will be joining Robin Sharma for his ‘Best performance tactics for success’ workshop on September 17th 2015, in a talk titled ‘How to win world records while working in a corporation’.

Participants are invited to also bring their running shoes and join the running contest scheduled at the end of the conference, which promises to have as side effects a good mood and a high level of energy.

Who is Andrei Rosu?

The Best performance tactics for success workshop, held by Robin Sharma, is organised by Anca Pascu, CEO Diamond Experience and sponsored by ALTEX, FLANCO and Accenture. To learn more, access the event page here and get your special discount only with Business Review here.