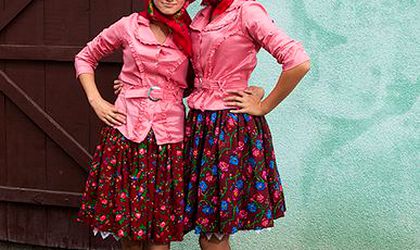 National Geographic Travel has recently launched New Year’s must-see places, making a list of 15 destinations worldwide, mentioning also a visit to Maramures region. Their argument to see this part of the world sounds like this:

In the historic Land of Maramureș, the hills are alive with ways long forgotten elsewhere in Europe. “My cows don’t like grass that is cut with a machine,” Ion Pop says while harvesting his meadow near the village of Botiza. “They prefer the clean taste of handcut.”

The splendor is not just in the grass. In this remote northwest corner of Romania 300 miles from Bucharest, the schedule is set by the seasons, the weather, tradition. In each of the five valleys, with their meandering rivers and haystack-dotted fields, life plays out as it has for hundreds of years—though one recent change is telling. Rather than asphalting roads that are mainly used by horse and carriage, Maramureș has newly upgraded its bike trails—pathways to experience the region at the pace it deserves.

Maramureș is a wooden world. The farm tools are made of wood, and wooden gates, chiseled with century-old motifs, form the glorious entrances to modest yards around wooden, steep-roofed houses. UNESCO-designated churches from the 17th and 18th centuries tell stories of faith and glory, saints and sinners, crime and punishment, through still vivid paintings on their wooden walls.