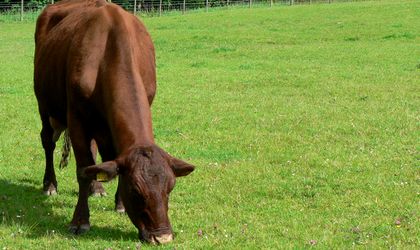 Russia’s federal veterinary and phytosanitary control authority, or Rosselkhoznadzor, has banned imports of bovine cattle, beef and by-products from Romania over an outbreak of Bovine spongiform encephalopathy (BSE), commonly known as mad cow disease, according to Itar-Tass.

According to a Rosselkhoznadzor release circulated on Tuesday, the ban is also applicable to processed animal proteins, animal feedstuff made of such proteins, meat-meal and bone tankage.

An outbreak of mad cow disease in Romania was registered by the International Epizootic Bureau.

Vladimir Manastireanu, head of the National Veterinary Authority (ANSVSA), said on Tuesday after Russia’s announcement that there are suspicions for a carcass of meat but the animal’s origins are not known.

“We’ve been investigating this case for a month and a half but we cannot speak of progress for this disease in Romania. If at the end of the investigation, which involves testing in a specialised lab in the UK, we get confirmation it is an atypical case, we still cannot talk about a threat to the population’s food safety”, according to Manastireanu.

He emphasized the situation is not serious and at the moment there is no confirmation it is an atypical case, writes Mediafax.

Allegations of illegal collections of compensations and subsidies at the second largest pork...