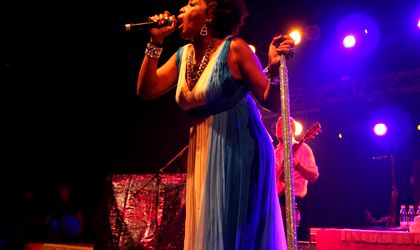 For the third time in Romania, American singer and actress Macy Gray will perform in a two hours live concert at Sala Palatului in Bucharest tonight. The show includes hits like “Sexual Revolution”, “I try”, “Sweet Baby”, as well as hits from her latest album, “Covered” (2012).

Macy Gray has sold over 20 million albums worldwide and has six active studio albums, five Grammy Award nominations, winning one. The star, known for her unique voice and highly personal style, came to fame and critical acclaim with her eccentric sound of alternative to mainstream soul music. The artist creates a distinctive musical blend of soul, hip-hop, R & B, funk and rock music.