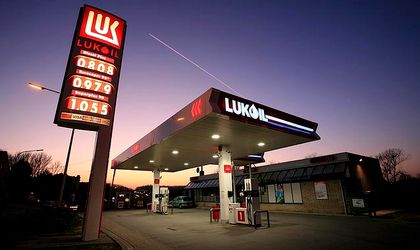 The situation at Petrotel Lukoil took a turn for the worse on Monday, after the prosecutors seized the refinery’s oil reserves. Without their oil-reserves, the Russian group closed down the refinery, sending 500 people into technical unemployment, according to zf.ro.

“Following the seizure of [our] raw materials, crude and products by penal investigation authorities, the Petrotel-Lukoil refinery has halted production and commercial activity,” the refinery said in a statement.

Lukoil filed a court complaint over Romania’s decision, and announced that “the timing of the [production] restart will be announced after a court rules on our appeal.”

Oil Terminal SA, which does business with Lukoil, said in a statement that the Ploiesti Court of Appeals had notified it that the value of seized Lukoil products “in tanks, pipelines…being owned or under Oil Terminal custody amount to 1.039 billion lei (USD 297.9 million).”

The refinery had 460 permanent employees last year according to data from the Ministry of Finances but the number of people that work on the refinery platform is approximately 2,500, according to Gheorghe Paraschivoiu, union leader for Lukoil. Paraschivoiu does not exclude the possibility of employee protests if their accounts are not unblocked.

Oleg Malginov, Russian ambassador to Romania, has also expressed concern about the situation.

“A significant concern lies in the fact that the investigation measures have obligated the factory to close production, which endangers the entire Lukoil production chain in Romania”, according to Malginov. The ambassador added that the refinery is operating in complete compliance with Romanian legislation and has expressed his wish that the investigation be run “objectively”.

Lukoil is the biggest Russian investment in Romania and now the 300 gas-stations active on the local market in the Lukoil network will be forced to supply themselves from two refineries under competitor brands: Rompetrol and OMV Petrom.