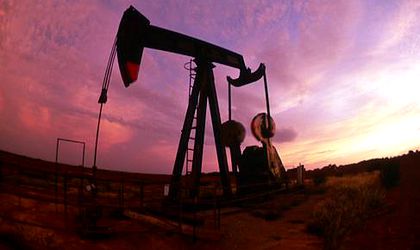 The price of Brent crude oil fell below USD 28 a barrel on Monday, reaching lowest oil prices levels since 2003, as traders prepared for Iran’s re-entry on the market following a nuclear deal with the US after years of economic isolation, reports Financial Times.

The price fell to EUR 25.70 a barrel in Asia, “for the first time in more than 12 years”, after Western sanctions on Iran were lifted, which means that “up to half a million barrels per day of Iranian crude could be added to already saturated markets”, according to the Deutsche Welle. This potential increase would come onto a market where “US demand for refined products is 800,000 barrels a day lower than 2015s January average” given the warmer winter they are experiencing, says MarketWatch.

Right now, the expectation among analysts is that the oil supply will continue to outstrip demand over the next couple of years, thus keeping prices low. “Major producers are currently delivering 2-2.5 million barrels per day more than demand, so the question is how long they can continue to overproduce for at that level”, said HSBC chief executive Stuart Gulliver at the Asia Financial Forum in Hong Kong, according to the BBC. His expectation is that oil prices will settle at between USD 25 and USD 40 in a year’s time.

Oil prices have been experiencing significant declines since mid-2014, reaching 11-year lows on January 6th, 2016, as a result of “Increased North American shale oil production, soft demand growth due to an economic slowdown in China” and the US Federal Reserve scaling back stimulus and tightening the monetary policy, reports Deutsche Welle.

At the moment, Iran seems prepared to join the market, with “satellite tracking data and industry sources indicate Iran already has a flotilla of more than 20 very large crude carriers (VLCCs) loaded off its coast, allowing it to potentially push as much as 50m barrels of heavier crude and ultralight condensate oil quickly into the market”, says the Financial Times. FT adds that “by the end of 2016 Iran says it will be able to get exports back to 2m b/d, lowering the chance of Saudi Arabia, Iran’s chief regional rival, agreeing to lead any kind of output reduction to shore up the price”.

Historically, OPEC has employed production cuts to help support prices, but “the group has resolutely refused to trim supply this time”, according to the BBC.

In the words of Iranian President Hassan Rouhani in a Sunday tweet, “The legs of Iran’s economy are now free of the chains of sanctions and it’s time to build and grow”.