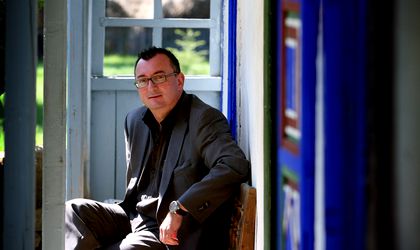 Bruno Roche, president of the French chamber of commerce in Romania, CCIFER, told BR French investments have gone up over the past year, yet future developments depend on the progress of the Romanian political and legal scene and regional economic trends.

What local industries would you recommend to a French company interested in investing in Romania?

I would say that the areas of interest to French companies are agriculture, energy in general and energy efficiency in particular, automotive and healthcare, which is now in full development, and the shift to digital TV, but also road and motorway infrastructure, which I find not only important, but to be a vital condition for Romania’s economic recovery.

The CCIFER has recently launched a white book on agriculture. Why agriculture and what are the top five proposals you’ve made?

Because agriculture is such a key area to French investors, it is natural that we should draw up such a document in order to state the reality and make proposals for future developments. This is the reason why the 29 proposals contained in the White Book on Agriculture center on the promotion of a land fund performance, dynamic agricultural enterprise, a facilitated economic management feature, an educated and competitive workforce and an innovative and cost-effective research sector. These proposals are intended to facilitate and encourage investments and promote sustainable and modern agriculture, in agreement with the European Commission, which will propose, from 2014, a new partnership for agriculture, responding to the challenges of food security, the sustainable use of natural resources and economic growth.

Is Romania still an attractive destination for French investors?

From the very start, I would like to stress that French investments are made for the long run. Also, despite the recession, no French company has decided to leave Romania. These two elements combined are without doubt proof of a long-term commitment governed by the responsibility of French investors. Nonetheless, Romania has its own special attractiveness that is not likely to run out in the near future.

What perception do French companies have of Romania?

French investors know that Romania is the second biggest market in Central and Eastern Europe and serves as a competence reservoir in many fields that are interesting to investors. This, plus a still relatively low fiscal burden compared to neighboring countries, and Romania’s strategic position in Europe, place it among the most favored destination for French investors especially.

To what extent do you expect an increase in French investment projects over the coming years?

Depending on the volatility of the Romanian political and legal scene and, more regionally and also globally, on the economic crisis, I would say that French investments will continue to increase. To what extent, time will tell.

How much did French-owned companies invest locally last year?

In September 2013, the Romanian Trade Register contained 7,518 companies with French investment, up 428 on the same period of last year. Of these, about half are currently active, generating more than 100,000 jobs. It stands to reason that French investors appear to be present in all major economic sectors. At the end of 2012, France had an investment stock amounting to EUR 5.27 billion and an 8.9 percent share of total foreign investments in Romania compared to EUR 5.04 billion and a share of 9.1 percent a year before.