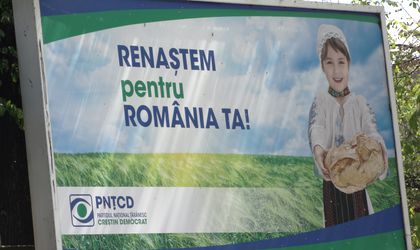 On May 25, more than 18.3 million Romanians will choose who will represent them in the European Parliament, appointing MEPs as ambassadors for their interests in the EU decision-making process.

On April 17 the election watchdog BEC finalized the order of the parties on the voting list, as follows: the Liberal Democrat Party first, followed by the Popular Movement Party, the Democratic Union of Hungarians in Romania, the electoral alliance of the Social Democratic Party, National Union for the Progress of Romania and Conservative Party, then the remaining parties and the independent candidates. Expatriate Romanians can cast their ballots in one of 43 polling stations, most of them in Romania’s embassies or consulates.

According to Romanian newspaper Evenimentul Zilei, the Social Democratic Party is running its electoral campaign with the help of Multimedia Foundation, owned by Bogdan Teodorescu and Dan Sultanescu, the National Liberal Party is using the services of Tempo Advertising, while the Popular Movement Party is working with ex TV-presenter Stefan Lungu, who is currently the head of advertising agency La Palat. The Liberal Democrat Party surprised many by taking charge of its own campaign, with the support of the internal communication team and the Youth Liberal Democrats, citing lack of money, says Gheorghe Flutur, quoted by Evenimentul Zilei.

For candidates interested in promoting themselves and their political visions on TV, a news website covering the media market, www.PaginadeMedia.ro, gave a full breakdown of costs, as follows: DIGI24 will not take any money from candidates, as its channels will only broadcast political debates, not political advertising. Antena 3 is charging from EUR 1,240-8,252, depending on the week of the campaign and the TV show whose breaks will contain the advertising. Realitatea TV wants EUR 360 for a campaign clip and EUR 7,500 for 30 minutes of live transmission of a candidate on the campaign trail. TV presenter Radu Morar of Nasu TV charges EUR 100 for a 30-second campaign clip and EUR 500 for 30 minutes of live debate for a candidate.

How many Romanian voters do you expect to turn out?

Personally I do not expect a turnout of more than 30 percent. It might seem low, but I want to emphasize two factors in this. First, our electoral register has nothing in common with reality. In Romania, over 18 million people are eligible to vote, according to the register. They do not exist. And since the turnout is calculated using the total number of people on these lists, we have a lower percentage. Second, we have a large number of citizens living and working abroad, probably more than 2.5 million. In general, few of them want to vote in this kind of election.

Voters in each country are different, for several reasons. A collective memory, but also civic participation depends on the role that education, churches and civil society have played over the years. Obviously, the press has a major role. In addition, in Romania, civic involvement has never been strong. We had a culture of civic participation in the interwar period, but it was destroyed by decades of communism. There is a political class guilt, which preferred to use the formula “mass of maneuver”, easily buying their voters with electoral gifts. This is not peculiar to Romania, but is something that happens in other EU countries as well, although on a much smaller scale, involving citizens of the poorest and most isolated areas of their countries.

What is at stake for Romania in the European elections?
I truly believe that after seven years as a quiet and rather pointed at EU country, we have to prove that Romania is different, that we can perform at a level comparable with other member states. Also, we have to demonstrate that we have smart ideas that can be relied on. It is interesting to note that Romanian MEPs performed better than Romania as a country. A report released last week by VoteWatch clearly stated that on various aspects of business, the Romanian delegation was always in the top third of the league, in sixth or seventh position. This is a very good example of the fact that “we can”, and it is definitely time the government followed our example.