With Romania raising over EUR 460 million from listing two state-owned energy companies on the stock exchange this quarter, experts say the country has to stick to its robust pipeline of IPOs next year to support investors’ confidence in local companies.

The initial public offerings (IPOs) were launched shortly after Romania had inked a new EUR 4 billion precautionary agreement with the IMF and the European Commission. As part of the deal, the country pledged to further reduce the deficit and reform key sectors of the economy such as energy and healthcare. The listing of minority stakes in state-controlled companies is one action included in the new stand-by agreement.

“This is a window of opportunity and Romania should use this momentum to kick start its pipeline of public sector deals. Usually, preparing an IPO can take from six months to a year. Therefore, it is vital that work begin as soon as possible, for maximum benefits,” she added. 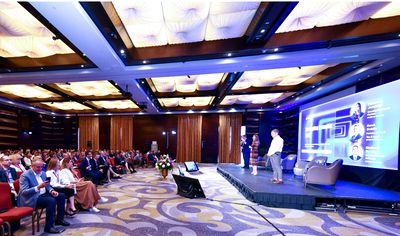 The offerings were launched after a strong third quarter in which the European capital markets gained buoyancy. According to a report by professional services firm PwC, there were 52 IPOs which raised EUR 3 billion in Europe in the third quarter, which was almost ten times the sum raised during the same period of last year.

The government raised EUR 70.2 million this September from the IPO in Nuclearelectrica, the state-owned nuclear power producer. The listing involved a 10 percent increase in the firm’s share capital.

Nuclearelectrica’s listing came six years after the IPO in state-owned Transgaz, the gas transmission company, and was oversubscribed, especially in the retail tranche.

Shares in Nuclearelectrica closed 0.94 percent down on the first trading day, November 4, at RON 11.53. The loss had been recovered by last week.

According to Constantin Nita, the delegate energy minister, around 30 percent of the demand for shares in the nuclear company came from US investors. The company currently covers 20 percent of Romania’s power consumption and it operates two nuclear reactors with a combined capacity of 1,413MW.

The government is currently discussing with foreign investors the options for building two new nuclear reactors, at a cost of around EUR 6 billion.

This year policymakers met with Chinese companies that have the financial clout and knowhow to build such large-scale projects.

The company came back into the black this year, posting a nine-month profit of EUR 74.5 million against a loss of EUR 7.6 million in the same period of last year. The turnover added 19.2 percent to EUR 314 million.

The Bucharest Stock Exchange (BSE) reached a milestone this month, following the biggest listing, that of state-owned gas producer Romgaz. The offering raised EUR 390 million and involved the sale of a 15 percent stake, comprising shares in Bucharest and global depositary receipts (GDR) in London.

“The Romgaz success put Romania on foreign investors’ map. This is a significant step forward in the development of the Romanian capital market. However, I would not call it historic. The experience with the listing of the Property Fund shows us that the development of the capital market cannot be done only in jumps; I believe it requires serious daily work to achieve results,” Dumitru Beze, chairman of the Association of Capital Market Investors (AIPC), told BR.

As Romgaz shares debuted on the BSE on November 12, Lucian Angel, president of the administration board at the BSE, noted this listing would “contribute to the capital market upgrade from frontier to emerging market.”

Shares in the company closed 3.7 percent down on the first trading day at RON 34.5, and were trading at roughly this price by the middle of last week.

“This enabled a lot of new international institutional investors to buy into the company, which puts Romania as a whole on their radar screens,” Hinteregger told BR. Erste was part of the consortium that worked on the Romgaz listing.

Manolache of KPMG says the real success of these privatizations will be measured in the years to come, because listed companies need to enforce strict transparency and control standards. The management will come under increased pressure from shareholders and investors to improve performance.

Commentators have noted that in recent years state-controlled companies have been used as cash cows by shady individuals with political backing who have secured contracts with disastrous outcomes for the companies. The government has stated its intention to change this practice, at least for the large energy companies, and let more private players in to increase their overall efficiency.

The share offering in Romgaz accounted for 64 percent, while GDR (global depositary receipts) made up the rest. Most of the institutional investors that submitted offers were based in Romania, followed by those in the UK, US and Poland. Large investors flocked to acquire shares as the oversubscription rate edged up to five times the available amount.

Claudiu Cazacu, chief analyst at brokerage XTB Romania, commented that the purchase of a 1.9 percent stake in Romgaz by the European Bank for Reconstruction and Development (EBRD) enhances global investors’ trust in the company.

Romgaz is the largest gas producer in Romania, controlling more than half of the local market. The company’s annual production reached 5.6 billion cbm last year and experts say it will be one of the biggest beneficiaries of the deregulation of gas prices for households and industry.

The KPMG director notes investors had bought into the Romgaz IPO story because of its level of gas reserves and low production costs.

“Romgaz has calibrated its value as a big company in the market. It has different image than the others because its value was tested,” Radu Gheorghe, director of the company’s business development department, told BR.

Romgaz is also an active player in the exploration segment, teaming up with foreign oil giants such as Russia’s Lukoil and Austria’s OMV Petrom for offshore gas explorations. “The Black Sea region is a strong point in Romgaz’s strategy,” said Gheorghe.

The company is also the largest player in the gas deposit business. The company saw its profits decrease 18.5 percent to EUR 179 million in the first nine months while turnover shrank by 10 percent to EUR 584 million against the same period of last year.

The Romgaz offering was the first to include GDRs, which allow a foreign company’s shares to be traded on major stock exchanges outside the US. The size of the offering was the main reason why the gas producer issued GDRs.

Ludwik Sobolewski, CEO of the BSE, suggested investors that acquired GDRs should be convinced to convert them into shares. The CEO wants to boost liquidity on the local market, which currently hovers around EUR 29 million, as part of a strategy to expand the BSE into a regional player.

The Department of Energy said that the coming IPOs in Hidroelectrica, the state-owned hydropower producer, Electrica, the state-controlled electricity supplier, and distributor Oltenia Energy Holding would follow the Romgaz model.

“From an issuer’s point of view, GDRs are easier to place on an international market than shares, due to lower procedural hurdles and associated costs,” Manolache of KPMG told BR.

Analysts say that GDRs should be used only for the biggest listings, to meet demand for shares from foreign investors.

“In my view, the GDR component may still be needed for the success of IPOs coming out of Romania in the near future, until most of the large international investors are set up to trade on the domestic stock exchange,” said Rachieru of Clifford Chance Badea, who worked on the Romgaz IPO.

The recent IPOs were good news for the Property Fund (FP), which is administered by Franklin Templeton. More than half of the EUR 3.4 billion closed-end fund comprises unlisted equities.

Greg Konieczny, the FP’s fund manager, said it was crucial the momentum created by the Romgaz deal be supported by the upcoming IPOs next year.

“International investors are now waiting to invest in additional local IPOs prepared to the same international standards in order to build up a Romanian portfolio. So from our point of view the way to success is paved for Hidroelectrica and Electrica,” said Hinteregger of Erste Group Bank.