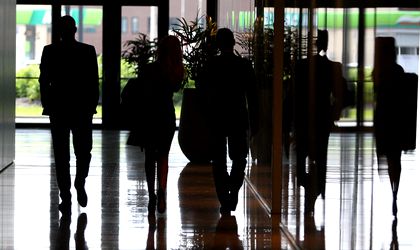 Coming back to Romania, local businesspeople told BR of their expectations are for the new government.

The new government has a difficult mission for the coming period and it must have a clear, coherent and unitary strategy in order to meet its strategic objectives. It must identify those vital sectors which can support economic growth by attracting investments, such as agriculture and energy; it must support Romanian entrepreneurs and come up with policies for the development of the public sector (…) The clarity of these public policies and predictability are essential for attracting local and foreign investments.

The new government’s main priority should be economic growth (…). At present ,Romaniacan support economic growth of only 1-2 percent, significantly below the 5-6 percent reported before the recession. Given this, Romania would need about 50 years to converge towards the GDP per capita in the Euro Zone, which is a long time. Implementing pro-growth economic policies therefore is absolutely necessary – promoting laws which would support private investments in agriculture by consolidating farmland into large plots for exploitation, developing PPP for infrastructure, attracting investments from outside the EU through actively using our diplomacy, supporting the IT&C sector where Romania benefits from extremely talented specialists and continuing privatizations through the BSE.

We don’t have any sort of expectations from the present government, just as we didn’t have expectations from former ones. We live in two parallel worlds and they don’t understand anything at all about ours. The less we hear from them the better. In an ideal world where the Romanian government also dealt with industry, it would do the following: keep the exchange rate stable, force banks to lend money to industry, support Romanian firms in getting orders from state companies and offer fiscal incentives for exports for Romanian companies.

The only thing I truly want and which I publically ask of the new government is that in the future if they can’t make local entrepreneurs’ lives easier, at least don’t complicate them by devising obstacles as has been the case until now. The business environment is a country’s prosperity engine and entrepreneurs themselves have the means to generate progress through their businesses provided they have a legal, fiscal and administrative environment which is at least fair if not visionary. And I admit there is something more that I would hope for: the decency of collaborating if absolute agreement on decisions can never be reached (…) Reducing VAT on foods would for me be the sign that someone is beginning to really want the quality of life to go up in Romania. Also establishing agriculture as a national high-priority sector and stimulating PPPs in strategic domains.

I believe it is mandatory for the new government to develop a two-fold strategy that includes general and strategic actions. Nonetheless, as president of the APMGR, I would like to stress the importance of an integrated strategic approach towards the pharmaceutical sector as this would have an impact both economically and socially.

I hope the new government will not hike taxes for small and medium companies and that it will support exporting industries. I would also want the new government to offer more support to the IT industry and not by discriminatory programs meant only for large players. In a highly competitive field such as IT and on the related labor market, such interventions won’t help the industry but only a few companies. In my opinion, a Silicon Valley can’t be achieved through government ordinances but by offering the right environment where if there is value, companies will raise themselves.

Besides support for exports and avoiding raising taxes, it would be best if the government let private companies manage themselves as government interventions will do more harm than good.

First of all, there is something inadequate about the phrase “new government”. We are in theory dealing with the same governing political force since May 2012 which has now been confirmed by the popular will (…) If the government keeps the majority of its members and policies, proving that after the political crisis in May 2012 the coalition sent its best to Victoria Palace, then the expectations are in line with the performance so far: high taxes, increased social protection and legal uncertainty for the business environment. However, any manager wants from any government first of all fiscal stability and predictability, measures to reduce unfair competition and the black market, a decrease of tax pressure for employers/employees, a stable exchange rate and of course reduced bureaucracy.

Measures which I would like to see taken include a fiscal amnesty and encouraging local businesspeople with accounts outside the country to bring their cash here with no questions asked for a certain period of time, exempting newly set-up companies with a social capital of under EUR 10,000 from paying profit or revenue tax in the first year of activity and changing the fiscal code to offer investors tax incentives, especially in rural areas.

Bringing the 1-2 million hectares of land that is not cultivated back into the production system is the only way to generate “added value” in a sector which guarantees the sale of the final product each year. If this is done without delay,Romania’s budget stands only to gain. Related to this, a large share of the land which hasn’t been cultivated for years could be reintroduced into the production system by applying the law that allows foreign companies to buy local farmland from January 2013.

It is vital for Romania to maintain credibility in the eyes of investors. The program of reforms agreed with the IMF, the European Commission and the World Bank should continue (…).

State-owned company restructuring and, if necessary, sale can be the cornerstone for the new government in 2013. Money from privatization would be a serious buffer to protect Romania against the Euro zone crisis. So far, none of the state-owned companies has been listed, even though the government has committed to sell more stakes. The new government must get large-scale investment projects started, especially in infrastructure, hire better trained people in the public sector and use the available European funds.

Players from the economic environment – without exception I believe – are waiting for the establishment of a climate of peace and stability. We are lacking leaders who treat things seriously, who are willing to help when needed, who inspire and encourage. In other words, with every beginning we hope that the new elite will address the country’s problems seriously, that it will use its resources wisely and that its strategic decisions will be grounded and inspired. Some of the concrete measures I would like to see taken include the setting of strategic directions, the creation of a fair economic environment, the end of “legal thefts”, solving the issue of the losses reported by state companies, a stable legal environment, supporting innovation and a strategy for the implementation of good practice European policies.