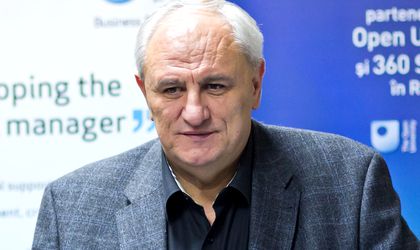 A new airline will begin operating locally on May 15 under the brand Fly Romania. The airline is owned by Ten Airways, a company set up in 2010 and controlled by Romanian businessman Ovidiu Tender.

In its first year of activity, the airline plans to fly some 100,000 passengers on domestic and international routes and reach a turnover of around EUR 15 million in 2014, said Catalin Butu, GM of Ten Airways. Fly Romania will operate flights from the Bucharest Henri Coanda International Airport (Otopeni) and airports in Timisoara and Tulcea.

“We have considered routes where there is room for a new operator, if not two or three. We have targeted underserved routes. The Timisoara airport has very good business traffic and is served by two operators. There is potential for two more,” said Butu.

The decision to operate from the Tulcea airport is an unexpected one, given that it has one of the smallest volumes of traffic in the country, but Fly Romania’s GM thinks the airport and the Tulcea area have the potential to generate consistent business. 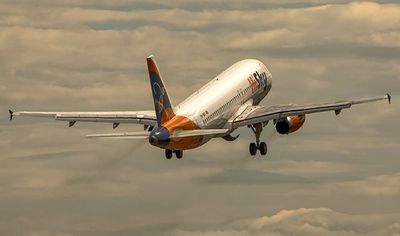 Ten Airways was launched in 2010 and has so far operated only charter and wet lease flights (a type of leasing that also includes flight or cabin crews, and usually fuel, insurance and so on). It now runs a fleet of six aircraft and last year flew approximately 300,000 passengers. The company’s clients include Blue Air, Air Moldova, Aegean Airlines, Roya Morocco, Blue Panorama, Perfect Tour and Paralela 45.

“Six years ago I decided to invest in aviation. I bought a company (e.n. Jetran Air) and for five years I had the misfortune to not benefit from the best management. More than a year ago, Catalin Butu took over the company’s management. Today we are in the position to launch regional flights through Fly Romania,” said Tender last week during the launch event.

The domestic flights the airline will operate are Timisoara-Bucharest and Tulcea-Bucharest for fixed fares of EUR 69.90 and EUR 49.90 (one-way) respectively. For international flights, fares start at EUR 29.90. Fly Romania will operate flights to Bergamo, Verona, Genoa, Barcelona, Frankfurt and Antalya.

The flights will be operated with two MD-82 and MD-83 airplanes which Ten Airways has purchased from Alitalia.