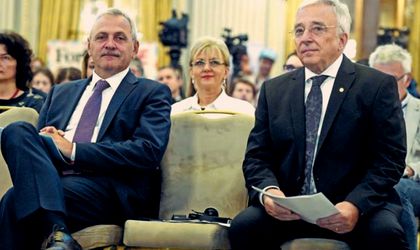 Chamber of Deputies President Liviu Dragnea and PSD senator Serban Nicolae have proposed a bill to force the National Bank to store 95 percent of Romania’s gold reserves in the country.

The bill is meant to change the Law that establishes the National’s Bank statute. According to the document, the reason for this demand is that gold stored abroad only produces additional costs with storage. The bill also wants to eliminate the world “international” from the terminology used by the National Bank in “international gold reserves”.

Romania’s gold reserves, in total of 103.7 tons, are stored in three countries, according to the National Bank officials.  Three years ago, the institution announced that 60 percent of the gold reserves were stored abroad. The situation has not changed – 61 tons of the gold is stored today in the Treasury of the National Bank of England, more than 40 tons of the gold is kept at the Bank of Romania in Bucharest and less than five tons are stored at the Bank of International Settlements in Basel, Switzerland.

In 2018, when asked by Business Review whether they were considering moving the gold reserve from Britain after Brexit, National Bank officials said no, since London is one of the world’s biggest financial centers.