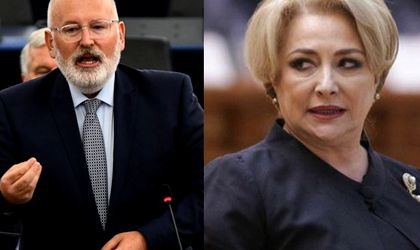 PM Viorica Dancila is participating in the debate about the rule of law in Romania at the European Parliament in Strasbourg. Representing the European Commission’s point of view, VP Frans Timmermans is accusing the Government of threatening the fight against corruption in Romania.