Let’s Do It! App helps clean up Romania 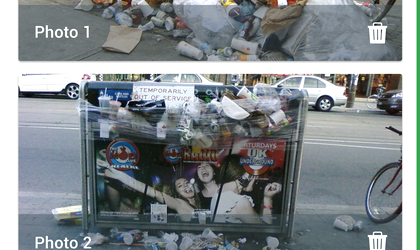 Starting August 26th, all Romanians who want to take part in cleaning the country of waste can use the Let’s Do It! app and platform. Due to the app, they can always mark on the map when they encounter waste in the city or the nature, in order for them to be reported to the authorities and cleaned in a maximum of 30 days. The app is currently available in Google Play, AppStore following soon. We’ve talked more about the project and its implications with Anca Banita, communication manager.

How did you decide to have an app this year? Why was it necessary?

The idea of the app and the platform appeared because we wanted to engage Romanians every day in cleaning up the garbage. We wanted to become an interface between the citizens and the authorities through which to clean Romania together, every day, step by step. So we launched this week a new type of volunteering:  digital volunteering and every Romanian can easily report garbage with the help of a very friendly tool – the Let`s Do It! mobile app.

The app is necessary because of 2 reasons:

Who is the developer & the agency you’ve been working with and why?

An important step was to find a reliable partner to develop the app and the platform. We chose to work with QUALITANCE because they have relevant expertise in the field, they were extremely open and helpful and they have a young team, who embraced our idea from the beginning. Also, they offered to support us in the crowdfunding campaign that we developed in May, by donating 1 dollar for every dollar we received from our supporters.

How long did all the process take (idea, development, creation, execution, etc)?

We started working at the project more than 1 year ago, in the Let`s Do It, Romania! team, to define how the platform and the app should look like, what should be the features, what should be the reporting steps. At the beginning of the year, we presented our idea to several companies, to ask for technical support and we decided to start working with QUALITANCE. In the following months, we had several meetings to work on the project and we decided to launch the crowdfunding campaign in May, to ask volunteers to help us, as the budget was not a small one. Which they did – as we managed to gather 20 000 dollars from the campaign and also with the help of some private companies. In the last 3 months, we concentrated our efforts in developing the first version of the app, which is now available in Google Play and, in some days, also in App Store.

What are the steps to make a report?

Did you have any international examples you followed?

We were also inspired by Let`s Do It, Slovenia!, who wanted to do the same in their country and we used for some time Trash Out, an international app for spotting garbage. But we wanted a more complex project to satisfy our local needs as a country, so this is why we decided to start a project from scratch.

What is also new at this year’s edition of Let’s Do It Romania?

We are not organizing a National Cleanup this year, as we are going to focus on this new project that we have just launched – the Let`s Do It! Mobile App and platform. At the same time, we will organize a cleanup for corporate volunteers in September.

How has your campaign grown through the years and what is your goal for 2015?

In the last 5 years, we managed to organize 4 National Cleanups and to involve more than 1 million volunteers who managed to collected 22 500 tons of garbage. In the following year, we have 2 objectives with the Let`s Do It! Mobile App and platform:

DMCA
PROTECTED
Tags: Let’s do it, Let’s Do It! app