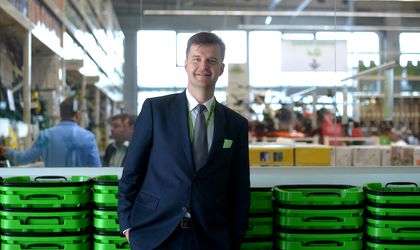 Leroy Merlin will open the 11th store in its network in Targu Mures on March 11th, according to a company press release. The store will open with over 28,000 products on its shelves and is located in the Promenada Mall.

The new store will have a team of about 100 employees and a surface of 14,000 square meters. “The Leroy Merlin Targu Mures store is the fifth one in our network in Transylvania area. I think that Mures, along with Cluj, Sibiu, Brasov, deserves its place among the most economically, socially and culturally dynamic counties in this part of the country, with a remarkable growth in the last five years,” said Frederic Lamy, general manager of Leroy Merlin Romania.

This takes the number of Leroy Merlin stores in Romania up to ten, after the company recently opened a second store in Cluj-Napoca. The company also has two stores in Bucharest, one on the Alexandria highway in Bragadiru, Ilfov county, and one each in Craiova, Ploiesti, Brasov, Sibiu, and Constanta.