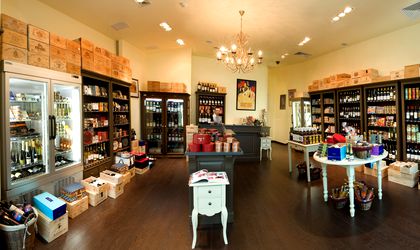 Le Manoir will take its take its network of Comtesse du Barry wine and delicatessen stores to six units this month after it will open two more stores, in Bucharest and in Cluj-Napoca.

“Six Comtesse du Barry stores in six years is, of course, an important accomplishment for Le Manoir. But it means more than a business success. It is also a sign that the local consumer of premium products is maturing – more and more affluent Romanians choose authentic luxury which first of all means quality, authentic products at a fair price,” said Cristian Preotu, associated director at Le Manoir.

At present the company owns two other Comtesse du Barry stores in Bucharest. Another two stores have been opened in Constanta and Timisoara in franchise.