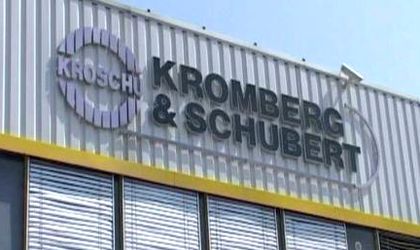 German automotive components producer Kromberg & Schubert has acquired the property leased from Solvency Project in Chisineu Cris (Arad) for the last 10 years in order to expand the current manufacturing capacity.

The property (total surface area 27,000 sqm) includes a factory and a terrain, near Chisineu Cris, Arad County. JLL managed the transaction on behalf of the owner. The value of the acquisition was not made public.

“Proximity to pan-European corridors as well as the existence of highly qualified engineers and workers in Western Romania are valid arguments for foreign production companies and investors for extending activity in Romania. This transaction demonstrates how much trust the German company has in the long-term potential of Romania’s industrial market and in the labor force here and we expect new players to enter the market in the near future. Right now we are in discussions with other companies that are exploring this possibility”, according to Cristina Pop, director for the industrial department at JLL.

Pop reassures the media that Kromberg & Schubert is very happy with the productive performances they have recorded in Romania over the years and as a result have decided to permanently locate their operations in Chisineu Cris so they can supplement current production capacities.

Kromberg & Schubert, founded by Paul Kromberg and Schubert Ernst in Barmen in 1902 (currently Wuppertal), has 26,000 employees in over 30 locations around the world.