Klaus Iohannis throws his hat in the ring for PNL presidency

Klaus Iohannis, who on Monday quit his position as vice president of PNL, announced on Wednesday that he will sign up as a candidate to become president of the party. He already asked for approval from the Liberal Extraordinary Congress.

“Today, as part of the opening ceremony for the Permanent Delegation, I’m announcing that I will run for PNL’s presidency. I asked for an exception in terms of seniority in order to be able to become a candidate. I think the reaction of my colleagues in the party has been very positive. In conclusion, we are getting ready for the Congress”, Iohannis declared.

The mayor of Sibiu is still suffering after his party registered another failure at the EU elections.

“I believe PNL has a bright future ahead. In the end, I believe we will win”, Iohannis stated.

One fierce supporter of the German mayor’s is his colleague, Ludovic Orban, who was also planning on running for presidency of the party. On Wednesday he announced he will drop his plans and in turn support Klaus Iohannis. 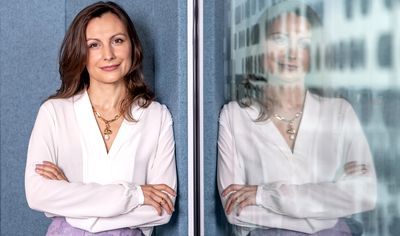 Former PNL president, Crin Antonescu, quit his position of leadership on Monday, shortly after Iohannis resigned from the position of vice president.

Klaus Iohannis’s popularity among his peers and among the public has been on the rise in the last few years. A recent poll from the end of April 2014, shows that Klaus Iohannis has the public’s trust, to the same extant as PSD’s Victor Ponta. Should Iohannis decide to run for Presidency in this year’s election, he will more than likely be the Right’s main opponent against prime-minister Victor Ponta.