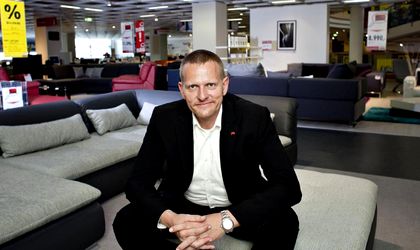 Akos Forras is the new country manager of furniture retailer Kika Romania, the company announced today.  He is replacing Lars Lund (pictured) who after holding the position for the past five years, has decided to move back to Sweden.

“It was a personal decision I took because I wanted to spend more time with my family in Sweden. I will stay there for four years and after my daughters graduate I will return to Romania, my adoptive country. I love Romania and I will return whenever I have the chance. We will spend our holidays here because both I and my daughters love Vama Veche,” said Lund.

Forras will be responsible for the kika store in Romania as well as the ones in the Czech Republic, Hungary and Slovakia. In Romania he will coordinate the marketing and acquisitions departments. Forras has been working for the South-African Steinhoff Group which took over the kika/Leiner last year, for the past four years.

kika announced in early May plans to increase its sales in Romania by 15 percent this year after cutting shelf prices by 15 percent on average and changing its business strategy, said Lund at that time.

Results posted so far this year are encouraging as is the overall evolution of the furniture market, he added. After five years during which the market has either dropped or remained flat, now it is once again going up albeit the increase is below the growth rates reported before the crisis, he added. The evolution of the economy which in turn affects the consumers’ confidence is crucial to how the market will evolve from here, he added.