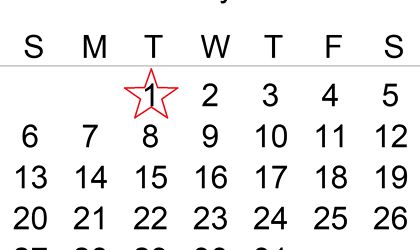 July is set to debut with a series of increases among which higher salaries, prices and fines. Starting with July, Romanians will earn bigger wages, electricity bills will include the famous special property tax and the price for natural gas will also experience a hike, fueled by the National Energy Authority’s (ANRE) decision to increase gas imports during the summer.

And yet it’s not all bad news for July, given that roaming charges are going to drop and the tax exemption for reinvested profit will come into effect. Business Review presents what you absolutely need to know about what is going to change on July 1.

New minimum wage – The national minimum wage will increase from RON 850 to RON 900, the second increase this year. The first took place in January when the salary went up to RON 850 from RON 800.

Bigger fines – Given that the value of driving fines is calculated based on the national minimum wage, should it go up, so will the amounts that drivers have to pay for misdemeanors. Therefore, starting with July 1, the lowest possible amount that will be fined will be RON 180 and the highest can reach RON 1,800. Companies will pay for their misconduct between RON 1890 and RON 9,000.

– data downloads: down from 45 cents per megabyte to 20c/MB.

What’s more, from 1 July 2014 mobile providers in Europe can offer you a specific roaming deal before you travel and, where available, allow you to choose a local mobile provider for data services such as emailing, reading the news online, uploading photos and watching videos online, in the country you are visiting.

Higher natural gas prices – The government has made the decision to increase natural gas imports, which will lead to a price hike on July 1.

“This should mean a 1.5 percent price increase for industrial consumers which pay regulated prices and a 2.5 percent increase for household consumers”, according to ANRE.

On the other hand, ANRE announced last week that electricity prices for Romanian households are expected to fall by 2.6 percent on average as of July 1, mainly following a 46 percent reduction of the cogeneration tax, so we have yet to see what actually happens.

Profit tax  – The profit invested in new technological equipment, manufactured and / or acquired and commissioned during the period 1 July 2014 – 31 December 2016 is exempt from profit tax. In order to benefit from this incentive, the technological equipment should be used by the taxpayer for business purposes for more than half of its useful life, but for no longer than five years.