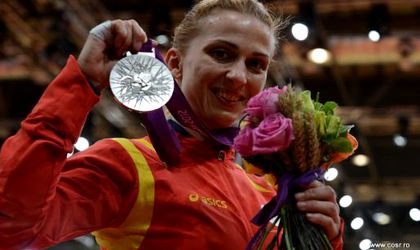 Judoka Alina Dumitru won Romania’s first medal at the London Olympic Games on Saturday, winning silver in the 48-kilogram category although she had a serious injury at her right hand. Dumitru, who was the 2008 Olympic champion in the final of the women’s judo 48kg, lost in a match with Brazil’s Sarah Menezes.

Alina Dumitru announced that she would retire after the London Olympics Games.