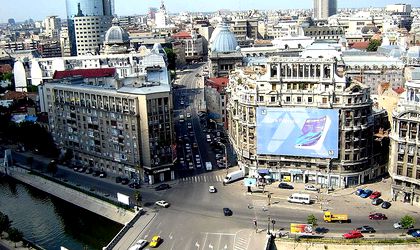 After Romania experienced the end of a 10-year real estate cycle last year, a new one is about to start, thinks Attila Peli, the head of  development & land at JLL Romania.

“It is very interesting and instructive to follow closely a real estate cycle. The last cycle began in 2003 and ended in 2013, lasting about 10 years. Given the age of technology and information, the trend is for cycles to become increasingly shorter and last up to seven years. However, this cycle lasted longer because of the deep depression that started in 2008. It took some five, six years to recover from the steep fall. Today we can consider that we are just at the beginning of a new one,” he explained, stressing that it is very important for players not to repeat past mistakes.

Back in 2003-2004, the real estate market looked pretty much the same way as it does today, believes Peli. “Developers were quite cautious, but the experienced ones felt that it was the right time to buy good land. All of them – the same as today – were looking for low risk projects, meaning projects (mainly office) in exceptional locations. Those who were brave won. When you’re among the first on the market, you have the opportunity to buy the best land at reasonable prices. Moreover, you have time (three-four years) to deliver the project exactly when the market is favorable to sell. In the previous cycle, those who bought land in 2003-2006, delivered successful projects and sold them in 2007-2008 when the market was up, at high prices. Generally, those who bought land in 2007-2008 never developed projects on that land, that if the financing banks didn’t take it over. Moreover, those who are the first to buy land will buy the best plots while those who are riding the wave buy what is left to buy, or the ‘ leftovers’, as the Americans would say. In addition to this, they also pay higher prices compared to those who have already secured the best land,” he added.

The first lesson to learn from this, is that it is crucial to know when to enter and when to exit the market, he stresses. “I know that this is hard, but if you enter the market at the right moment, there is a good chance that you will also exit at the right moment and you will not have to rely on your instinct, which, although we all like to believe we have, experience shows that very few actually have it,” he warned.

The second lesson is to always buy the best land available, even if it is more expensive than other alternatives. “As a developer, you will never regret buying the best land, even if it had a higher price. The irony is, that when the wave comes and demand goes up, prices go up, and what may seem an expensive plot of land now, will later look as a very good deal,” he said, adding that during the crisis, the only developments that hardly felt the crisis were those located on ‘exceptional plots of land’. “Of course, the concept and the quality of the developments also matter, but here we see that local developers have gained experience,” concluded Peli.