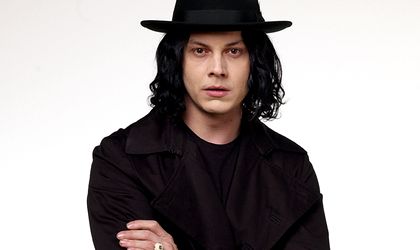 Jack White, winner of 8 Grammys, is going to hold his first concert on Romanian soil on November 9, at Romexpo, according to event organisers, Pheonix Entertainment.

Tickets officially go on sale on Friday, however a limited number of “first-on-the-scene” tickets have already been put into circulation at the price of RON 130 (normal circle) and RON 215 (golden circle). After the “first-on-the-scene” promotion will end, the normal price will be RON 157, RON 252 respectively. VIP Tickets (with seats) will cost RON 360.

Tickets are available in the Eventim network.

Known primarily for his work as lead vocalist on bands such as White Stripes and the Raconteurs, Jack White is also currently enjoying a succesful solo career.

His first solo album, Blunderbuss, was released in 2012. On April 1, 2014 Jack White announced his second solo album, Lazaretto; it was released on June 10, 2014 simultaneously with the first single off the album, “High Ball Stepper.”

The album debuted at number one on the Billboard 200 chart and, in a personal triumph for White, broke the record for the largest sales week for a vinyl album since SoundScan began tracking sales in 1991.