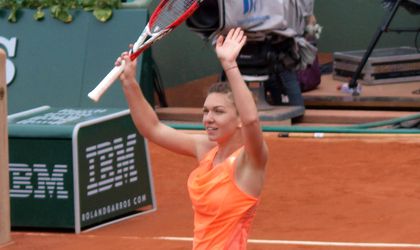 Simona Halep is, starting today, the second best female tennis player in the world, according to the WTA ranking. The former 2nd seed, Na Li, lost the points she won last year at Rogers cup after an injury kept her away from the competition season.

Halep will now officially become the highest ranked female Romanian player in the history over the sport, after she herself broke that national record several time.

Next up for Simona is the Cincinnati tour which begins on August 11 and where she is the second seeded player, after Serena Williams. Halep will join the competition directly in the second round, playing against Kirsten Flipkens.

In order to not lose any points this week, Simona Halep will have to at least make it to the quarterfinals in Cincinnati, a feat which she managed last year in Cincinnati, before being knocked out of the competition by Serena Williams.