It’s an aberration to buy Polish apples when Romania is a farming paradise, says French ambassador 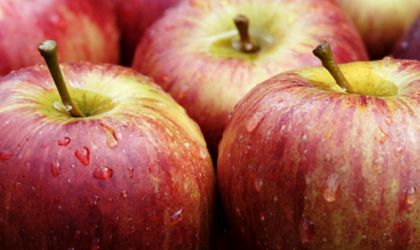 It is ‘an aberration’ for Romanian consumers to buy apples imported from Poland when the country is a ‘farming paradise’, said Philippe Gustin, the French ambassador to Bucharest this Tuesday after the opening of the ‘France – Eastern Europe’ Forum organized by Ubifrance.

Last March the embassy facilitated discussions between large French retail chains present in Romania, local farmers and authorities in order to enable the access of local produce in the modern retail.

“At my initiative, last March, several meetings between large French retailers present in Romania, the ministry of agriculture and farmers’ representatives were held. Why? Because just like the Romanian consumers, I became aware of some aberrations. As you have often heard – and PM Victor Ponta said it again today (e.n. during the forum’s opening speeches) – Romania is a farming paradise but one which can turn into a hell if things are not organized and particularly short food supply chains,” explained the ambassador.

In order for local produce to reach supermarkets’ shelves the entire supply chain needs to be reorganized as retailers need their suppliers to provide continuity said Gustin, adding that if the initiative will have positive results, it will be extended to include other products.

The France – Eastern Europe Forum takes place between February 11 and February 12 in Bucharest. It is attended by 400 companies out of which 100 are French.