It takes a hard-headed strategy to fight corruption 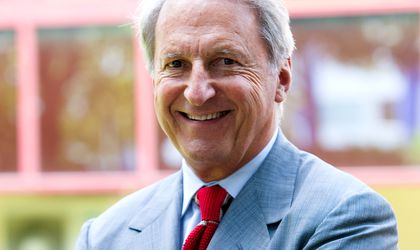 Anti-corruption expert and professor Robert Klitgaard outlined to BR some of the fundamentals of fighting the phenomenon of corruption, from devising culture-specific strategies to employing economic incentives. Klitgaard was in Bucharest to address the seminar Practical Tools to Curb Corruption, co-organized by AmCham and the Partners Foundation for Local Development.

How would you define corruption? And how would you characterize the situation in Romania?

Corruption is the misuse of a trusted position for illicit private ends. Corruption ranges across phenomena including bribery, extortion, fraud, nepotism and outright theft.

Data about corruption in Romania from places like the World Competitiveness Report are shocking. Investors say that corruption is the biggest obstacle to doing business in Romania.

What does it take to fight corruption successfully? Can you give some examples?

It takes an approach that recognizes the following truths. Corruption is an economic crime, not a crime of passion. Givers and takers of bribes respond to economic incentives and punishments. Corruption follows a formula: C = M + D – T. Corruption equals monopoly plus discretion minus transparency. To reduce corruption, try to reduce monopoly and enhance competition. Limit official discretion and clarify the rules of the game. Enhance transparency about processes and especially about results, through such things as citizen- and business-driven scorecards for government agencies and programs.

Then there are the politics of corruption and fighting it. Mobilize allies. Fry big fish. Diagnose and subvert corrupt systems. Do a few things that can show results in six months, to build momentum. Don’t try to do everything at once.

Don’t think of this primarily as a legal or moral issue. It’s one of economics and politics. In very corrupt countries, new laws, codes of conduct and better training for public officials will, alas, make little difference.

What role can civil society play in fighting corruption? What other stakeholders could participate?

Business and civil society are part of corrupt systems. They have to pay; they are stuck in a corrupt equilibrium. To get out, they have to be given ways to expose corruption without taking personal risks. Ipaidabribe.com in India is a promising example. So are the government report cards of the Public Affairs Centre in India. Some countries have done well in creating workable, hard-headed strategies. Classic cases such as Singapore and Hong Kong have been followed by countries such as Colombia, Georgia, Malaysia, Indonesia, the Philippines and Qatar – and more are on the way.

What incentives would politicians have to reform corrupt institutions or systems?

Politicians are ready to move when several forces converge. International opportunities for investment and financing – and exports. Emerging industries that depend on fast-moving knowledge and innovative styles breed young entrepreneurs with no tolerance for corrupt practices. Finally, people all over the world are getting sick of corruption. Anti-corruption is a major force behind demonstrations in Arab countries, India, Brazil, Turkey and Bulgaria. What politicians need is help that recognizes that corruption is a system that needs a hard-headed, culturally tuned strategy – and that fighting corruption can help them win elections and advance their countries.

What is the bottom line for Romania?

First, corruption is constraining your development. Second, other countries have shown that even in very corrupt situations, substantial progress can be made with an approach that combines economics and shrewd politics. Third, business and civil society are part of the problem – and an indispensable part of the solution.